The BeagleBone Black is a low-cost credit-card-sized development platform with good support from a fast growing community. The BeagleBone Black differs slightly from the regular version by providing you with an onboard micro HDMI port, 512MB of DDR3L DRAM, 4GB onboard flash memory, an AM3358 processor at 1GHz, and making JTAG optional with a user supplied header. Ultimately, the BeagleBone Black is still perfect for physical computing and smaller embedded applications.

With plenty of I/O and processing power for real-time analysis provided by the TI Sitara™ AM3358 ARM® Cortex™-A8 processor, BeagleBone Black can be complemented with cape plug-in boards which augment Black’s functionality. They're called capes because Underdog is a beagle and he wears a cape. Makes sense, right?

At over 3 million Dhrystone operations per second and vector floating point arithmetic operations, BeagleBone Black is capable of not just interfacing to all of your robotics motor drivers, location or pressure sensors and 2D or 3D cameras, but also running OpenCV, OpenNI and other image collection and analysis software to recognize the objects around your robot and the gestures you might make to control it. Through onboard micro HDMI or VGA and LCD expansion boards, it is capable of decoding and displaying multiple video formats utilizing a completely open source software stack and synchronizing playback over Ethernet or USB with other BeagleBoards to create massive video walls. If what you are into is building 3D printers, then BeagleBone Black has the extensive PWM capabilities, the on-chip Ethernet and the 3D rendering and manipulation capabilities all help you eliminate both your underpowered microcontroller-based controller board as well as that PC from your basement.

Note: These are BeagleBone Black Compliant boards made by Element14. Though these may not be made by the good folks at BeagleBoard, each BBB is officially recognized by them and are identical in both form and function. For more information check out BeagleBoard's Compliant Program. 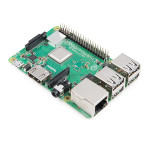 Everyone knows and loves the Raspberry Pi, but what if the wireless capabilities only got better? Th.. 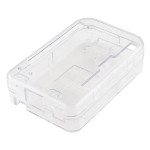 The BeagleBone Black is a great credit-card-sized development platform with a fast growing community.. 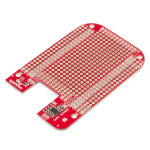 We all know the BeagleBone Black is pretty great, but wouldn't it be nice to create personal capes b.. 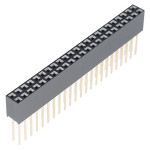 This is a 2x23 pin female PTH header, with extra long legs which makes great for stacking. This piec..

This is a 2x23 pin male PTH header. This piece is in the common configuration for Beaglebone Black h.. 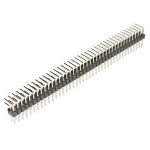 This is a 2x40 pin right-angle PTH header. This header can be broken apart with a fair amount of for.. 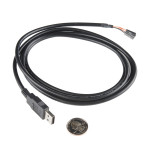 This is a USB to TTL Serial Cable which allows for a simple way to connect TTL interface devices to .. 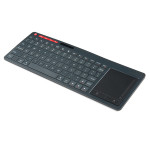 With Single-Board Computers (SBCs) on the rise, it is a good idea to have an easy way to interface w.. 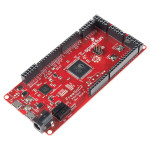 This is the FreeSoC2 Development Board, SparkFun’s take on the PSoC5LP ARM Cortex. The PSoC (Program.. 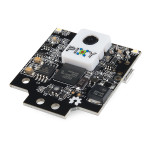 The Pixy2 CMUcam5 is smaller, faster and more capable than the original Pixy. Like its predecessor, .. 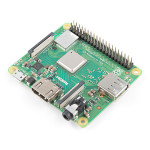